How To Photograph Fireworks

The world over we love to celebrate almost every big event with some sort of amazing fireworks display, and none come bigger than the annual New Year’s Eve celebrations across the country. Amidst staring in wonder at the amazing explosions of colour across the sky, many people grab out their phone or point and shoot cameras in an attempt to capture and share what they’re witnessing (often with fairly average results). For those of us with cameras that allow more control (such as a DSLR), we’re often unable to enjoy the show because we’re too busy trying to get the right camera settings to capture a decent photo! As the festive season approaches, we thought we’d give you the gift of being able to do both this year – both enjoy the upcoming fireworks displays, and easily capture some fantastic images too! Just follow these 5 simple steps to great firework photos!

It’s also a good idea to think about the wind direction. Fireworks create a lot of smoke, so if you’re downwind from the display, the air through which you’re shooting will very quickly become filled with smoke haze, which is obviously not ideal. If you can, try and position yourself upwind so that the breeze carries the smoke away behind the fireworks rather than towards you.

2) Use a tripod (and a cable release if you have one). 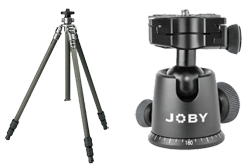 Fireworks photography requires slow shutter speeds. When using slow shutter speeds it’s impossible to hand hold the camera steady enough for a sharp photo. Therefore a tripod is a MUST. Thinking back to step one (above), when choosing your position, make sure your tripod is set up in a location that’s level and stable, because when the fireworks begin, there will likely be lots of people around (making it hard to set up a tripod later) and an unstable tripod can be easily knocked over. 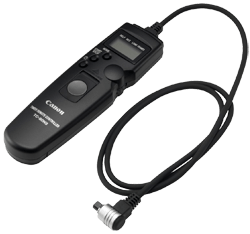 If you have a cable release or remote it’s worth using it, so you can trigger your camera without having to actually touch the shutter button. This helps reduce camera shake resulting from accidentally rocking the camera when taking a photo. It’s not essential to have a cable release, but they can be handy. The alternative option to reduce camera shake on a tripod is activating the 2-second timer delay on your camera. This option isn’t ideal on this occasion as it’s hard to predict when the fireworks will explode in the sky and you may want the option of triggering the camera instantly. 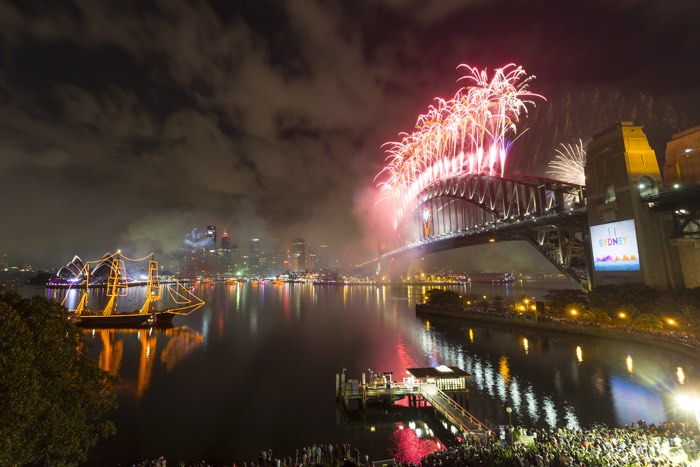 3) Frame up your shot (in advance) with good composition.


Regardless of the type of photography you’re undertaking, good composition is always very important. One common mistake with fireworks photography is having a crooked horizon in the photo. Because the fireworks demand attention, often the horizon is forgotten about. To avoid this, set up before the fireworks display and take some sample shots, double checking your horizon is straight in your photo.

It’s worth paying attention to key buildings and structures in your scene. Remembering your ‘Rule of Thirds’, if it’s a city fireworks display, try and have a prominent building somewhere on one ‘vertical third’ line. If it’s a bridge (eg the Sydney Harbour Bridge) think about having this on a horizontal third line. Also pay attention to your foreground. Sometimes trees framing up your shot look great silhouetted against the bright fireworks.

Also consider where in the sky the fireworks are likely to be. As mentioned above, you can often spot the barges or similar structures set up which will launch the fireworks. You can be fairly confident fireworks will shoot straight up into the sky from there, so try to position these barges on the intersection points between the vertical and (bottom) horizontal third lines – that way your fireworks will likely reach up from there, exploding in the top third intersection points.

Obviously it’s hard to gauge in advance how high the fireworks will travel, so using a wide lens and having plenty of sky in your photo increases the chance of capturing most of the explosions. You can always tweak your composition a little bit as the fireworks display progresses if you find your resulting photos aren’t capturing the angle you desire, and if a little too wide, you can always crop in later.

Try hand holding the camera to your eye at first, until you find your desired composition, and then set up the tripod accordingly. This is usually easier than trying to work out the best composition when the camera is already awkwardly attached to the tripod. 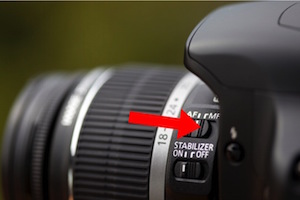 
During the fireworks display, you’ll want to be able to take lots of photos, one after the other, without having to worry about refocusing the camera each time (which is rather difficult at night at the best of times). Therefore, the easiest thing to do is grab a focus BEFORE the display begins and then ‘lock’ this focus. To do this, simply point the camera at a bright light or building in your scene and half press the shutter button. Once you get this autofocus on the building (you may hear the camera beep’ confirming a focus has been found) you can then take your finger off the button, and flick the switch (on the side of your lens) from AF (Auto Focus) to MF (Manual Focus). Assuming that you don’t swivel the manual focus ring around on your lens, this focus will now remain ‘locked’ and won’t change. This enables you to now take as many photos as you like from that same position and all of them will be at the same focus distance.

5) Settings: Use a slow shutter speed with a low ISO. 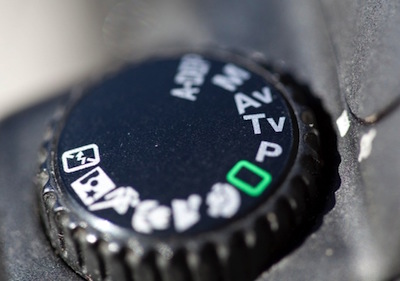 As mentioned above, fireworks look best with a slow shutter speed so that some of the movement of the explosion is caught on the camera’s sensor. To select a slow shutter speed, shoot in shutter priority (Tv or S mode) on your mode dial. A good shutter speed to start with is somewhere in the ball park of about 5 seconds – plenty of time to capture the movement of the fireworks in the sky, and perhaps form a cluster of several fireworks all adding in together. Generally LOW ISO’s go with SLOW photos, so select a low ISO. ISO 100 is probably a good starting point.

It’s worth paying attention to key buildings and structures in your scene. Remembering your ‘Rule of Thirds’, if it’s a city fireworks display, try and have a prominent building somewhere on one ‘vertical third’ line. If it’s a bridge (eg the Sydney Harbour Bridge) think about having this on a horizontal third line. Also pay attention to your foreground. Sometimes trees framing up your shot look great silhouetted against the bright fireworks.

In Tv (or S) mode, you select the desired shutter speed and the camera automatically works out the aperture (f/number) for you to achieve a correctly exposed photo. As the camera works out the aperture, you don’t need to worry too much about this. Just double check, though, that your f/number isn’t blinking or flashing at you. If your f/number is blinking, the camera is warning you that the resulting photo won’t be correctly exposed. If the f/number blinking at you is a big number (eg f/22) then it’s warning you that your resulting photo will be over exposed. In this case you’ll just need to select a slightly shorter shutter speed. If the f/number blinking at you is a small f/number (eg f/4) then your camera is warning you that the resulting photo will be too dark, so either bump up the ISO or select a longer photo to let in more light to rectify this. If your f/number isn’t blinking then you’re good to go!

It’s a good idea to do a test shot before the fireworks start to see if you’re happy with your composition and the resulting exposure of the photo. Fireworks are obviously bright and introduce more light into the scene so once they begin, keep checking your resulting photos on the back of your LCD screen (and also double check the f/number isn’t blinking at you). Remember you can always brighten/darken the photo by adjusting your Exposure Compensation (+ for brighter).

More advanced users may like to even switch over into Manual Mode (rather than Tv or S) and dial in these same settings to lock-in correct exposure for the scene so that when these random explosions of light start going off in the sky, the camera doesn’t try to compensate by changing settings from one shot to the next. This isn’t usually much of a drama though, so I wouldn’t suggest you worry about going into Manual Mode unless you’re finding your images are varying wildly in their exposure from one to the next.


The sky will be filled with a whole series of fireworks over the course of the display and it’s impossible to capture them all in ONE single photograph - but the truth is, you don’t have to! Every photo taken from the same tripod position during the display will look identical in terms of composition; the structures in your photos will be in an identical position in each shot and the only thing changing between each photo will be the fireworks in the sky! So if you end up with a few photos you like featuring different fireworks (all taken from exactly the same position), you can use a free program called StarStax to ‘stack’ these photos on top of each other in post production. StarStax is actually designed for stacking star trails (see our star trail tute) but will work just as well for this purpose. It effectively just layers identical photos on top of each other, and adds in new areas of light (i.e. the fireworks) from each shot. By doing this, you can fill the scene with several different types of fireworks and it will look like they all exploded at the same time! Pretty cool! Another option could be to leave your tripod in the same shot and take an endless series of photos and create a timelapse video! See our Timelapse video tutorial for instructions.