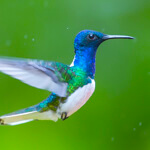 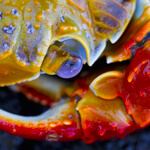 The world's most wonderful places - without the crowds! Travel doesn't get any better than this: Discover our small-group, luxury tours to the most extraordinary wildlife, landscape and cultural experiences on Earth. With friendly guides helping improve your photography (DSLR or even just a smartphone), special access permits and exclusive charter of boats, vehicles, aircraft and accommodation, you'll enjoy a unique, unhurried and totally unforgettable holiday - even if you're not a photographer! Book early as our trips sell-out fast with repeat guests!

(We run these trips when we have enough people interested)

"Absolutely amazing! A well-considered tour for photographers of all levels, packed with opportunities, experiences and attention to detail. Thank you, thank you, thank you!" ~ J. Mackinder
(Kangaroo Island Tour)

"What an incredible experience! They helped improve every facet of my photography. Thank you again for another amazing photography tour - I would go back in a heartbeat." ~ R. English
(Patagonia Tour)

"Amazing! Our friendly photographer guides were so generous with their knowledge - and so patient with my lack of it! I'm already looking forward to my next photo tour." ~ L. Sim
(Tasmania Tour)

"I'll never forget sitting beside all those bears, and listening to the glacier crack - truly amazing! Thanks again for another once in a lifetime experience!" ~ V. Hanson
(Alaska Tour)

"I really enjoyed this tour - there really was so much to see and do, and I loved it all! This tour was much better than I had even hoped." ~ L. Hurrion
(Christmas Island Tour)

"A once-in-a-lifetime opportunity to experience some of the world's most incredible wildlife and landscapes, while improving your photography no end!" ~ S. Summers
(Galapagos Amazon Tour)

"I loved the 'Ultimate Africa' photo tour, but this migration tour was just exceptional! Exceeding every expectation, this tour was filled with unforgettable wildlife encounters" ~ D. Gorton
(Kenya Tour)

What is a Photo Tour?

Loved by non-photographers too, we seek out the world's most extraordinary wildlife, landscape and cultural experiences then tour small groups there in comfort, providing unique access away from the crowds with exclusive charter of ships, aircraft, vehicles and remote lodges for not only the most incredible, unhurried photography opportunities on Earth, but also an unforgettable holiday. I love to travel, but I hate being stuck with loads of other people (especially when we've got nothing in common), being taken to the regular, over-crowded tourist attractions or wasting hours in an amazing country just relaxing by some pool. I want to get the most out of my holidays - I want to see as many different animals as I can, I want to travel through different landscapes and be shown hidden gems off the beaten path, I want to experience the culture, taste the food, meet new friends with similar interests, enjoy some luxury and importantly, I want to have the time to take some beautiful and unique photos of it all. This is what we strive for with our photography tours and workshops.

It's not enough for me to spot a distant lion, tick it off and move on - I wan't to have the option to try and get closer, on the correct side for best lighting and even wait for him to lift his head and stare directly down the barrel of my camera lens for a great photo - or to move on when I'm done - I want flexibility. I want the inside tips for the best photo location to be ready when the sun rises over the horizon and spills across the bay onto those boulders - and if I can't quite get my photo to work, it'd be awesome to have a friendly pro-photographer right there to offer advice (not one who'll stand in front of me to get the best shot themselves!). If there's a seal colony out on an island nearby, then I'd want to charter a boat tour out there just with my friends onboard so we can spend as long or as short as we want to get the photos without being crowded on a regular sight-seeing tour. If the seal colony was a bit of a tourist attraction on a local beach then I'd want to wait for the crowds to leave, and go down onto the beach after hours - just us as a small group, and a private ranger guide to photograph them at our leisure in beautiful evening lighting.

You don't even need to be a photographer to love this style of holiday - who wouldn't like a bit of luxury and a bit of extra patience from their tour leaders, or to be given the opportunity to fly over lakes covered in pink flamingos in Africa in a doors-off plane or over a beautiful coastline in a doors-off helicopter for some epic views? Stay on a private island, learn some new skills with your photography, make some new friends and have an unforgettable, unique holiday - all at the same time! Sound good? Well, there's a reason more than half of our guests come back again, and again on our photo tours!

Each year we run photography tours from as far down as Antarctica and South Georgia, up through various parts of Africa, South America and Australia to as high as Alaska and even Iceland and Greenland in the Arctic - and we're adding new photo tours all the time. Take a look at our 'Photography Tour' page to see our list of tour destinations!

Who is Chris Bray?

Chris grew up sailing around the world then leading world-first expeditions across the arctic before becoming an award-winning Australian Geographic photographer, Lowepro ambassador and Canon’s Australian ambassador for five years. Chris’s work has appeared in National Geographic and Discovery Channel along with Australian Geographic, TIME Magazine etc. He’s also an accomplished writer, with feature articles published around the world and even a successful book 'The 1000 Hour Day' (now an award-winning documentary 'The Crossing'), sits on the advisory committee for The Australian Geographic Society and is founder and CEO of Conservation United, crowd-funding the world’s critical conservation projects. Chris is also an International Fellow of 'The Explorers Club' and has been chairman of their Australia and New Zealand chapter.

Chris and his wife Jess are also keen high-latitude sailors, recently becoming the first people to sail a junk-rig boat through the Northwest Passage over the arctic, on their little 29-foot wooden sailboat 'Teleport'. Australian Geographic Society's 'Young Adventurer of the Year' in 2004 for a Tasmanian wilderness hike, Chris has also been awarded their 'Spirit of Adventure' medal in 2009.

Chris still leads many of our tours and his passion for wildlife, photography and wild places continues to drive our growth.

Read more about our whole Chris Bray Photography team on our 'About' page.